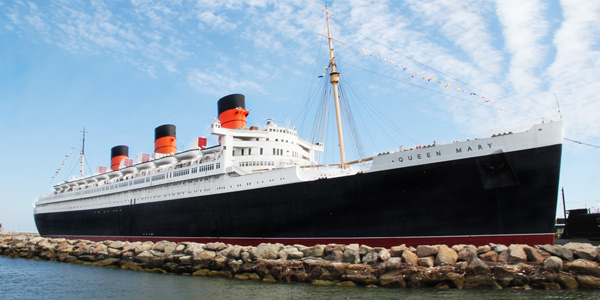 Susan grew up in Lincoln, Nebraska, the heartland of the USA. She remembers playing in the corn fields as a child, and seeing miles and miles of land stretching out as far as she could see. One day her aunt took her to see the 1997 movie Titanic starring Leonardo DiCaprio and Kate Winslet. She marveled at the sight of the vast ocean. It was something she had never seen before. She remembers turning to her aunt to say, "I'm going on a ship like that one day, auntie."

True to her words, Susan left Nebraska, and moved to Los Angeles, California. She wanted to live near the ocean, and was delighted to discover the Queen Mary was permanently docked in Long Beach. The grand ship, which has the same size of the Titanic, is now a museum and tourist attraction. She didn't hesitate to book a tour of the ship. "This is wonderful," she thought to herself.

Upon arriving on board, Susan was not disappointed. It was everything she hoped it would be. The ship was restored to its original state, which was very luxurious. The tour she took highlighted the ship's history and importance over the years. She ate at one of the three restaurants, and stayed the night in the ship's hotel. The Queen Mary was built in the 1930s in Great Britain, and enjoyed many years sailing across the Atlantic Ocean. It was host to many dignitaries such as Winston Churchill, the Duke and Duchess of Windsor, and many Hollywood celebrities. During World War II, the ship was assigned as a troop transport where it was used to transport up to 18,000 Allied soldiers per trip.

After the war, it was restored to its original state, and began its transatlantic travels. In 1967, the city of Long Beach purchased the aging ocean liner, and it has been a popular attraction for the city ever since. "It is living history," said Susan, after her visit.

1) Why did Susan move to Los Angeles?

2) What movie influenced her to move to Los Angeles?

3) Where is the Queen Mary permanently docked?

5) During World War II, what was the Queen Mary used as?